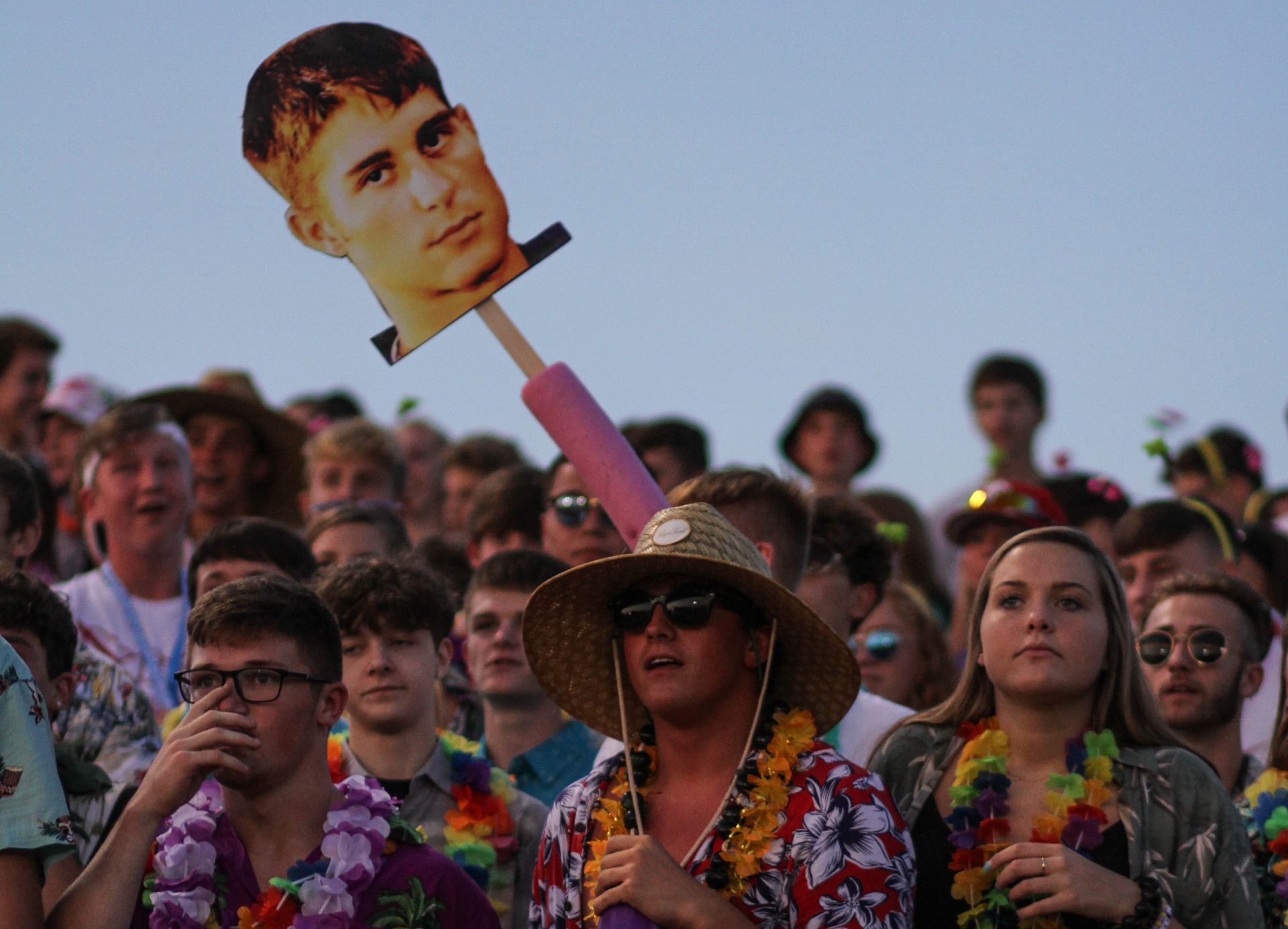 Are You Telling Me That You Built a Time Machine…Out of Teachers?

Many high school students grew up watching “Friday Night Lights” and movies of students full of school spirit, but that doesn’t seem to be the case anymore.

“There weren’t as many part-time job opportunities back in the day and I do think there wasn’t the social media aspect of hanging out with your friends,” Elizabeth Mael, English teacher and KHS alum, said. “You had to see them in person or you missed out on things.”

Mrs. Mael attributes the lack of involvement to social media. Students don’t feel a need to go to school activities because they will still know what happened. Also, they don’t have time in their busy schedules because of jobs. Compared to the school atmosphere “back then,” students now either don’t care or don’t have time.

Spirit Has Sure Changed Around Here

“When I was in high school everyone wanted to dress up for the days and everyone wanted to stand up and cheer for the spirit days and it was the biggest thing to go to the games and be super loud and jump around and be crazy,” Student Council Sponsor Brittani Starzl said. “Now we’re trying to force it back like we’re trying to make it come back. Whereas, I feel like it was more natural then and you wanted to and it was a competition between all the grades, who could be the most [involved].”

School spirit seems to be on a consistent decline in schools across America with the rise of social media and many high schoolers working part-time jobs. Starzl, a Kearney High School alum, returned to teach at KHS. She sees an obvious shift between her days as a student and the students she teaches now. She equated it to a “too cool” attitude.

“I think that’s why people don’t participate because they think they’re too cool. Whereas, [when I was in high school] you weren’t cool if you didn’t participate,” Starzl said. “I think everyone’s general attitude is just kind of negative.”

Many teachers and disappointed students have asked how can the problem be fixed. Starzl identified the key of inclusion, stepping up and being involved.

If We Put Our Mind to it We Can Accomplish Anything

These problems don’t just fix themselves overnight. Social issues have to be looked at in the context of the future. The unofficial leader of Kearney’s sophomore class has high hopes for school spirit.

“We have two years to shape it how we want and I think eventually everyone will be involved,” sophomore Keanon McNally said. “Right now, people are just not committed enough.”